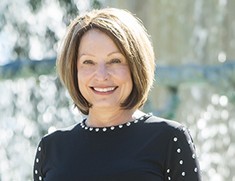 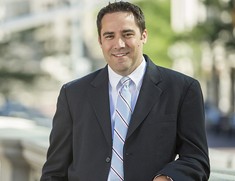 Sections 547 and 548 of the Bankruptcy Code provide debtors-in-possession and trustees the power to avoid certain transfers of a debtor’s interest in property made prior to the commencement of the bankruptcy case (the “Avoidance Statutes”).  The Avoidance Statutes clearly apply to transfers made wholly within the territorial borders of the United States, i.e. a transfer by domestically domiciled debtor to a domestic recipient of either domestically situated property or funds transferred through domestic financial institutions.  However, in today’s ever growing global economy, prepetition transfers are increasingly taking place between multinational debtors and creditors using international financial institutions.

In such situations, the analysis of whether or not a prepetition transfer is avoidable becomes more complex.  First, a court must determine whether a transaction has sufficient contacts to the United States to establish that the transaction is a domestic rather than a foreign transaction.  If the majority of the components of the transfer are foreign, the court must then determine whether or not the longstanding presumption against extraterritorial application of U.S. laws is rebutted by a clear and affirmative intent for the applicable bankruptcy statutes to apply extraterritorially.  The few courts to decide this issue are split as to whether or not Congress expressed a clear intent for the Avoidance Statutes to apply extraterritorially.

Finally, even if a transfer with foreign components is avoidable, a court must still resolve the issue of whether the doctrine of comity precludes the application of the Avoidance Statutes.

A.     The Presumption Against Extraterritoriality

In the bankruptcy context, the presumption against extraterritoriality may be invoked as a defense to the avoidance and recovery of a prepetition transfer.  In order to determine whether the Avoidance Statutes apply to a particular transfer, a court must first determine where the transfer took place.  Florsheim Group Inc. v. USASAI Int’l Corp. (In re Florsheim Group, Inc.), 336 B.R. 126, 130 (Bankr. N. D. Ill. 2005).  Where the component parts of a transfer involve a “mixture of foreign and domestic elements,” courts generally apply a “center of gravity test” which considers all components of a transaction to determine where it took place.  French,440 at 150; See also, Florsheim, 336 B.R. at 130.   If the transfer is primarily domestic, the presumption against extraterritorial application is not implicated.  Id.   However, if the court determines that the component parts of the transfer are primarily foreign, the presumption is implicated and the court must determine whether Congress expressed a “clear, affirmative indication” that the Avoidance Statutes apply extraterritorially.  Ampal-American, 562 B.R. at 605.  If not, then the Avoidance Statutes cannot be used to avoid the transfer.

Although a court may infer congressional intent from the context of the statute, courts have split as to whether the congressional intent of section 541 of the Bankruptcy Code, which is universally recognized to apply extraterritorially as it applies to the debtor’s interest in property, “wherever located and by whomever held”, can be imputed to sections 547 and 548.

B.     Is the Transfer Extraterritorial or Domestic—The Center of Gravity Test

A court should not determine that a transfer is extraterritorial simply because it is wholly outside the U.S. borders:

such a limited conception of “transfer” for purposes of an extraterritoriality analysis would have potentially dangerous implications for the future application of § 547: a creditor—be it foreign or domestic—who wished to characterize a transfer as extraterritorial could simply arrange to have the transfer made overseas, a result made all too easy in the age of the multinational company and information superhighway.

Likewise, courts must be wary of determining a transfer is not extraterritorial simply because it has minimal contacts to the U.S.:

In Florsheim, the Bankruptcy Court for the Northern District of Illinois concluded that the center of gravity of the transfers between a domestic debtor and a foreign creditor were primarily domestic where the purchase orders were issued from the U.S., the goods were shipped to the U.S. for inspection and acceptance or rejection, and the payment was initiated from the debtor’s U.S. bank account.  Florsheim, 336 B.R. at 131.  The court further held that the “location of the receiving bank is less significant because the obligation to pay arose only after the debtor received and inspected the goods in the United States.” Id.

Conversely, in Ampal-American, the bankruptcy court held that the center of gravity of the transfers were primarily foreign notwithstanding the fact that the corporate debtor was organized under New York law, listed on the NASDAQ Capital Market Exchange, and the transfers were in part for legal services related to filings made with the United States Security and Exchange Commission.  The Court found that the transfer was extraterritorial because the debtor was headquartered in Tel Aviv, Israel and the transfer was made from the debtor’s Tel Aviv bank account to the Israeli bank account of an Israeli law firm.  Ampal-American, 562 B.R. at 603, 613.  The court held that even though the claim touched and concerned the United States, it did not do so with “sufficient force to displace the presumption against extraterritorial application.” Id. at 614.

C.     Extraterritorial Application of the Avoidance Statutes—Are Transfers Property of the Estate?

If the center of gravity of a transfer is foreign, the presumption against extraterritorial application of the Avoidance Statutes is implicated.  The court must then determine whether the presumption is rebutted by a clear and affirmative congressional intent for the Avoidance Statutes to apply extraterritorially.  The few courts to examine this issue have split over whether Congress expressed a clear affirmative intent.  See, Ampal-American, 562 B.R. at 605-13 (collecting and analyzing cases).

Those courts that have allowed an extraterritorial application have done so by inferring congressional intent from the broad definition of property in section 541 of the Bankruptcy Code and the United State Supreme Court’s decision in Beiger v. Internal Revenue Service, 496 U.S. 53, 110 S. Ct. 2258, 110 L.Ed. 2d 46 (1990).[1]  In the absence of a clear statement in the statute, a court may infer congressional intent from the context of the statute.  Ampal-American, 562 B.R. at 608-09.

Courts have universally recognized that by defining property of the estate in section 541(a) of the Bankruptcy Code, as all of the debtor’s legal or equitable interests in property “wherever located and by whomever held”, Congress intended for Section 541(a) to apply extraterritorially.  However, sections 547 and 548 of the Bankruptcy Code do not expressly refer to section 541 and instead refer only to the power to avoid a “transfer of an interest of the debtor in property.”   In, Beiger, the Supreme Court stated sections 541 and 547 must be read co-extensively to determine the meaning of the term property in section 547.  See, Ampal-American, 562 B.R. at 609 (quoting Beiger, 496 U.S. at 59 n.3).  Accordingly, if the interpretation of the Avoidance Statutes is informed by the definition of property of the estate in section 541, then Congress has expressed a clear affirmative intent for an extraterritorial application of the Avoidance Statutes.  See, French, 440 F.3d at 151-52; See also, Lyondell 543 B.R. at 154.

“Comity is the ‘recognition which one nation allows within its territory to the legislative, executive, or judicial acts of another nation, having due regard both to international duty and convenience, and to the rights of its own citizens.’”  Florsheim, 336 B.R. at 131 (citing, Hilton v. Guyot, 159 U.S. 113, 164, 40 L. Ed. 95, 16 S. Ct. 139 (1895)).  Comity considerations are “wholly independent of the presumption against extraterritoriality.”  Id. (citing, Aramco, 449 U.S. at 264).  Thus, even though a nation may have some basis for prescribing law, it should refrain from exercising unreasonable application of its jurisdiction over conduct occurring in another state. Id.

“Comity is typically invoked where there are competing proceedings in two countries.” Id.  at 133 (quoting, French v. Liebmann (In re French), 320 B.R. 78, 85 (D. Md. 2004). In French, the Fourth Circuit affirmed the decision of the bankruptcy court avoiding the transfer of Bahamian real estate from the domestic Debtor to her children.  In holding that comity did not require a different result, the Fourth Circuit held that the United States’ interest in enforcing its insolvency laws and liquidating the real estate for the benefit of the estate’s creditors was greater than the Bahamian interest in applying its real estate laws for the protection of the non-resident debtor.  French, 440 F.3d 145.

In contrast, in Maxwell II, the Second Circuit affirmed the district court and bankruptcy court holdings that where there were parallel insolvency proceedings and the transfers to be avoided had a center of gravity in England, England’s interest in applying its insolvency laws was more compelling than the interest of the United States in applying its bankruptcy law.  Maxwell II, 93 F.3d 1052.  In so holding, the court noted that its holding may have been different if there was not a parallel mechanism for avoiding the offensive transfers and distributing the proceeds to the debtor’s creditors.  Id.

For now, creditors who find themselves in an avoidance action related to a transfer with foreign components will have to argue that the center of gravity of the transaction is foreign, Congress did not express a clear intent for the Avoidance Actions to apply extraterritorially, and comity precludes the application of the Avoidance Statutes.  On the other hand, debtors-in-possession and trustees must connect the center of gravity of the transaction to the United States, and argue that the interpretation of the Avoidance Statutes is to be guided by the expansive definition of property of the estate found in section 541.

[1] In Beiger, the Supreme Court decided a prepetition transfer of property held in trust was avoidable as a transfer of an interest of the debtor in property.  The case did not involve a foreign transfer for property, but still required an analysis of the definition of “property” as it is used in section 547.