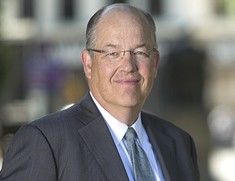 As the legal profession marches towards the “paperless” realm, electronically stored information (“ESI”) has become both a favorite solution and an annoyance, especially where discovery is concerned.  Under the Federal Rules of Civil Procedure, “ESI” encompasses all documents, recordings, images, and data compilations regardless of where the information is stored.  See Fed. R. Civil P. 34.  Given this broad definition, and with the advent of data retention policies in an efficiency-driven world, the recently-revised Federal Rule of Civil Procedure 37(e) provides a cautionary tale to attorneys and litigants alike: be wary of deletion.

Pre-2015, FRCP 37(e) provided: “[a]bsent exceptional circumstances, a court [could] not impose sanctions . . . on a party for failing to provide electronically stored information lost as a result of the routine, good-faith operation of an electronic information system.”  The result of the original rule created a dissonance between courts as to what actions gave rise to sanctions in the ESI discovery context.   In response, the 2015 amendment sets forth more concrete guidelines for the imposition of sanctions.

If electronically stored information that should have been preserved in the anticipation or conduct of litigation is lost because a party failed to take reasonable steps to preserve it, and it cannot be restored or replaced through additional discovery, the court:

(1) upon finding prejudice to another party from loss of the information, may order measures no greater than necessary to cure the prejudice; or

(2) only upon finding that the party acted with the intent to deprive another party of the information’s use in the litigation may:

(A) presume that the lost information was unfavorable to the party;

(B) instruct the jury that it may or must presume the information was unfavorable to the party; or

(C) dismiss the action or enter a default judgment.

As a threshold issue, the rule forces courts to determine if and when a duty to preserve ESI began and the expanse of that duty.  Furthermore, and perhaps most troubling, a court must decide when and to what extent a party was on notice litigation was likely.  This places the court in the proverbial “Monday morning quarterback” position while forcing businesses, governments, and individuals to continually question when/or/if litigation will arise.[1]

Interpretation Throughout the Circuits

One of the earliest decisions applying revised Rule 37(e), CAT3, LLC v. Black Lineage, Inc. demonstrates the immediate impact of the revisions.  There, the Southern District of New York granted relief in favor of defendant-company where plaintiff produced altered e-mails in discovery.  164 F. Supp. 3d 488 (S.D.N.Y 2016).  In response, plaintiff argued 37(e) was inapplicable because the original information contained in the e-mails was later produced through forensic analysis of the altered ESI.  Id. at 497, 501.  The court disagreed, finding that the production of differing versions of an altered email did not constitute replacement or restoration within the meaning of the Rule because “a different version of the same email is not an adequate substitute.” Id. at 497.   Moreover, defendants were prejudiced by the alteration, having conducted depositions with altered emails.  Id. at 501.

The Court also sanctioned plaintiff by precluding it from relying upon the altered emails in support of its case and finally awarded attorney fees.  Id. at 502.  It is important to note that while no ESI was deleted, removing one arguably essential element of the 37(e) analysis, the court relied upon its inherent power to sanction.  Id. at 501.  Accordingly, CAT3 remains a cautionary tale, because even if the standards of 37(e) are not met, sanctions may be imposed through the court’s inherent powers.

Next, GN Netcom Inc. v. Plantronics is an equally stern warning that a mere litigation hold on ESI may not satisfy the preservation standard under 37(e).  2016 U.S. Dist. LEXIS 93299 (D. Del. 2016).  In GN, the defendant received a notice of litigation and placed a litigation hold on records, conducted training sessions with custodians, and sent quarterly reminders to document custodians regarding the hold.  Id. at *4-*5.  Despite the hold, a senior executive destroyed e-mails and directed subordinates to deliberately obfuscate any communications regarding the litigation’s subject matter.  Id. at *5-*6.  Defending a motion for sanctions, defendant argued that it was not subject to sanctions under 37(e) as it took steps to combat spoliation and enhance preservation.  Id. at *20.  The court disagreed, holding that the measures taken by the company did not absolve the defendant of its executive’s spoliation.  Id. at *23.  Most importantly, however, the court issued “instructions to the jury that it may draw an adverse inference that emails destroyed by Plantronics would have been favorable to GN’s case and/or unfavorable to Plantronics’ defense . . . to deter other litigants from engaging in the type of bad faith, destruction of responsive evidence that Plantronics undertook here.”  Id. at *49.  The decision sends a strong message: if a company learns that an employee disregarded a litigation hold, the company is responsible for the employee’s actions and must take necessary steps to remedy the situation. Effective monitoring of employees’ compliance with litigation holds and appropriate follow-up is vital to avoid sanctions.

Application of 37(e) within the Seventh Circuit

Recent district court opinions within the Seventh Circuit also provide guidance of the revised rule’s application.  In Snider v. Danfoss, a former employee moved for sanctions against her company for failure to preserve company emails after her termination.  2017 U.S. Dist. LEXIS 107591 (N.D. Ill. 2017).  The company deleted all of the employee’s e-mails 90 days after her termination per its own retention policy.  Id. at *2.  In its analysis, the court looked to a “five-part winnowing process” to determine when sanctions are appropriate under Rule 37(e): 1) the information must be ESI; 2) there must be actual or anticipated litigation; 3) because of anticipated or current litigation, a duty to preserve must exist; 4) the ESI must be lost; and 5) the lost ESI must be incapable of replacement through additional discovery.  Id. at *8-*10.  Only if those five conditions are satisfied does the inquiry shift to whether, and to what extent, the non-offending party has been prejudiced and/or the extent to which the offending party acted with intent to deprive.  Id. at *10.  The attached chart depicts this very analysis as well as the applicability of sanctions.[2]

Ultimately, the court found that while the company deleted ESI with knowledge of impending litigation, the employee sustained no prejudice because other e-mails related to the matter were produced from other sources, specifically those from the company’s human resources department.  Pointedly, the court observed “there are two possible types of emails that were deleted: those casting a negative light on Plaintiff and those casting a positive light on Plaintiff . . . the Court has very little evidence regarding the particular nature of the missing ESI. . . It is pure speculation that the lost ESI would benefit Plaintiff under these circumstances.”  Id. at *18.    Indeed, while the ESI was technically “lost”, it was capable of replacement through other sources, a factor which affects inquiries under 37(e).  Importantly, the court expressly rejected its own inherent authority to impose sanctions, strictly conforming to the rule and the official comments.  Id. at fn 8.

Last, the full import of the revised rule arises in Global Material Techs., Inc. v. Dazheng Metal Fibre Co., 2016 U.S. Dist. LEXIS 123780 (N.D. Ill., 2016).  In Global, defendant sold computers and servers containing ESI and knowingly failed to search e-mail accounts, ultimately allowing the accounts to be deleted.  Id. at 11-15.  The court rejected defendant’s argument that plaintiff sustained no prejudice and therefore sanctions were inappropriate, noting specifically that “[a] specific finding of prejudice is not required under Rule 37(e)(2) once the court has found . . . an intent by the party who lost or destroyed the evidence to prevent the other party from using it in the litigation . . .”  Id. at 36.   Ultimately, the court entered a default judgment, pursuant to Rule 37(e) against the defendant as “[l]esser sanctions—for example, an instruction permitting or requiring the jury to infer that the information from the lost computers and now-unavailable e-mail accounts was favorable to GMT—would not adequately reflect the seriousness of defendants’ wrongs.”  Id. at 38.

Though the amended rule resolves longstanding splits regarding culpability and the application of sanctions for “lost” ESI, questions still surround the interplay of ESI and discovery.    In an evolving, digital world, and until sanctions become more uniform, the parameters for ESI preservation under Rule 37(e) remain unclear, forcing corporations, individuals, and their attorneys to reconcile their desire for cost-effective data storage with the demands of a litigious world—one where the threat of litigation is always possible and disastrous sanctions for spoliation ever present.  To avoid potential sanctions, businesses and their counsel are wise to create and actively monitor preservation policies for overall data retention and to review and reevaluate all matters related to data retention as soon as litigation appears likely.

[1] Indiana has not yet adopted the revised federal rule into its Rules of Trial Procedure.  Instead, Indiana Rule of Trial Procedure 37(E), reads similarly to the pre-2015 federal rule: “Absent exceptional circumstances, a court may not impose sanctions under these rules on a party for failing to provide electronically stored information lost as a result of the routine, good faith operation of an electronic information system.”