Hickey was elected to the American Bar Association Board of Governors

Chris Hickey was elected to the American Bar Association Board of Governors and announced to the House of Delegates at the 2019 ABA Midyear meeting.  With her term commencing at the conclusion of the 2019 ABA Annual Meeting, Hickey will serve a three-year terms as a member of the Board representing District 18, comprised of the States of Washington, Indiana, and Connecticut. 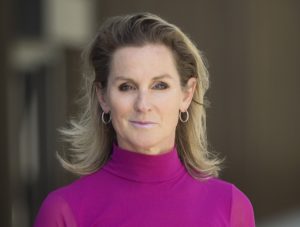 Managing partner at Rubin & Levin in Indianapolis. Immediate-past president and life fellow of the National Conference of Bar Presidents, serving on the executive council from 2012 to 2019. Member of the Indianapolis Bar Association Board of Directors, serving as president in 2010. Past president of the National Conference of Bar Foundations (2009-2010) and the Indianapolis Bar Foundation (2006-2008). Appointee to the Indiana Supreme Court Records Management Committee since 2014 and Rules Committee since 2017. Fellow of the American Bar Foundation. Received JD in 1993 from Indiana University McKinney School of Law.

What is the reason you decided to serve the association as a leader?

“I have been down so many different paths on my legal volunteer journey. The American Bar Association is really that umbrella over all of them. I have been going to the joint meetings with the ABA as long as I can remember, back from before I was president of the Indianapolis Bar Foundation, so that was a long time ago. The American Bar Association for me represents that next step for me to both do what I can through bar involvement for our legal profession and to continue to work alongside some amazing people who are doing their work on a national level through the ABA.”

What plans do you have for your term in office?

“When you jump into a position, whether it’s on the board or it’s the leader with the hat of president, you take it as it comes and do the best that you can do. I hope to be a great board member and to make contributions to the board and to the ABA and to all of the attorneys who are members of the ABA and those that are future members, including my two children who are going to go to law school. My son will be starting this fall. My daughter is a junior at Purdue and is taking the LSAT in June. It makes me pretty proud. I’m very excited for them to enter our profession. They are our future.”

What is a positive experience you’ve had as a member of the ABA?

“I look at the ABA as the entity that represents lawyers throughout the country in very important issues that one lawyer alone can’t tackle—truthfully, one local or state bar alone can’t tackle. It’s that collective voice. When attorneys run to the aid [of people], and I know we talk about the separation at the border … when they have the ABA standing behind them, people listen. There is a force and there is a voice. It gives power to the things that lawyers do throughout the country for the good of the people. Since I came out of law school, I’ve been a member of the ABA. It was something you do as a lawyer, and that’s the reason why in my mind. It’s that collective voice of lawyers throughout the country that have focused efforts and make a difference.”