You Can Buy Your Debt and Collect it Too: Henson v. Santander Consumer USA, Inc. 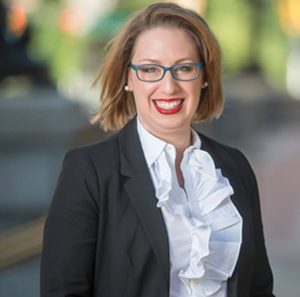 Easily one of the most litigated area in collections law, the Fair Debt Collections Practices Act (“FDCPA”), 15 USC § 1962 et. seq., can be a legal quagmire for those engaged in debt collection. Under the FDCPA, the term “debt collector” refers to “any person who uses any instrumentality of interstate commerce or the mails in any business the principal purpose of which is the collection of any debts, or who regularly collects or attempts to collect, directly or indirectly, debts owed or due or asserted to be owed or due another” in the personal, family, or household context.[1]  Such definition answers as many questions as it leaves as to who exactly is a debt collector, especially where debt purchasers are concerned.  Recently, the Supreme Court of the United States issued its opinion in Henson v. Santander Consumer USA, Inc., directly addressing the issue of those who purchase debt and collect thereon in the context of the FDCPA.

In Henson, class-action plaintiffs each received loans from CitiFinancial Auto for the purchase of vehicles.[2]  Upon default, Santander purchased the loans from CitiFinancial and initiated collection proceedings thereon.[3]  Suit ensued, the plaintiffs claiming that Santander’s collection actions violated the FDCPA as it met the statutory classification of a “debt collector.”[4]  The district court and Fourth Circuit, however, held that with respect to the CitiFinancial loans, Santander was not a debt collector as it sought not to collect debts “owed . . . another,” but rather debts which it purchased and owned outright.[5]

The Supreme Court ultimately agreed with the Fourth Circuit, resolving a long-standing circuit split in favor of Santander and debt purchasers nationwide.  Writing for a unanimous Court, newly-minted Justice Gorsuch noted “[a]ll that matters is whether the target of the lawsuit regularly seeks to collect debts for its own account or does so for ‘another’,” noting debt purchasers “may indeed collect debts for [their] own account without triggering [the FDCPA].”[6]  In so holding, the Court denied what were essentially semantic and grammatical arguments presented by the petitioners—that the use of the past participle “owed” meant that the FDCPA’s definition of a debt collector encompassed anyone who sought to collect a debt previously owed to another.[7]  Petitioners further argued that had Congress intended to exempt present debt owners from the debt collector definition, the present participle (“owing”) would have been used.[8]  The Court dismissed that argument by recognizing that past participles such as “owed” are regularly used as adjectives to describe a present state.  Moreover, when read in conjunction with other FDCPA provisions, use of the word “owed” clearly evidences Congress intent to refer to present, and not past, debt relationships.[9]  The Court similarly refused to construe the FDCPA’s provision regarding debt servicers (excluding persons/companies who obtain debts prior to default from the definition of “debt collector”) to mean that companies who obtain debts after default are always “debt collectors.”[10]  Pointedly, Justice Gorsuch addressed the logical fallacy such brings by stating that “[a]fter all and again, under the definition at issue before us you have to attempt to collect debts owed another before you can ever qualify as a debt collector.”[11]

Henson is a narrow instruction, not a panacea.  Specifically, the Court declined to address the issue of companies who both collect their own debts while servicing others as a business “the principal purpose of which is the collection of any debts.”[12]  In this way, Henson does not alter the FDCPA’s inclusion of businesses whose “principal purpose” is the collection of debts—whether owed to itself or to others—from the meaning of “debt collector.”  To avoid potential liability, companies must carefully evaluate the nature of the debt they seek to collect and the overall purpose of their own business.  Indeed, if the business’ principal purpose is the collection of debts, even though some debts may be owned by it, the FDCPA still likely applies.