7th Circuit: Losing A Case Does Not Equal an FDCPA Violation 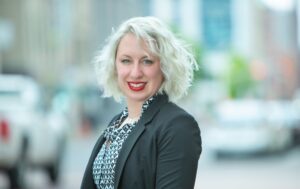 Violation of the Fair Debt Collection Practices Act, 15 U.S.C. § 1692 et. seq., often strikes fear in the hearts of debt collectors.  A debt collector violating the Act faces monetary penalties plus attorney’s fees.  That exposure may deter a debt collector from bringing suit for fear that an unsuccessful action may equate to FDCPA liability.  That is until the Seventh Circuit weighed in.

In Robbins v. Med-1 Solutions, debtor argued a debt collector’s attempt to collect both attorney fees and “fees-on-fees” (i.e. additional attorney fees for further time spent) amounted to impermissible collection of a debt. 2021 U.S. App. LEXIS 27547 (7th Cir. 2021).  Prior to a lawsuit, debtor entered an agreement for payment of past due hospital bills wherein she agreed to pay both attorney fees and fees-on-fees.  After defaulting on the agreement, the debt collector filed suit.  The small claims court dismissed the debt collector’s case for failure to prosecute.  Debtor then filed an action alleging various violations of the FDCPA and sought to use the state court dismissal to preclude the debt collector from arguing the enforceability of the attorney fee and fees-on-fees provisions in the prior agreement.  The Seventh Circuit held a dismissal that is not on the merits does not have preclusive effect.  Furthermore, the merits of debtor’s claim failed because without collecting all fees expended, the debt collector “would not be made whole if it had to absorb the cost of collecting attorney’s fees it was owed under the agreement.”  Collection of the additional fees was contemplated and permitted under the parties’ agreement.

The Act is a debtor-protection statute, not a device to provide a windfall for debtors who prevail against debt collectors who bring nonfrivolous collection suits. A debt collector who unsuccessfully sues a debtor has not necessarily made a false, deceptive, or misleading representation in violation of § 1692e, nor engaged in an unfair or unconscionable debt-collection practice in violation of § 1692f.

Accordingly, a debt collector filing a non-frivolous, but ultimately unsuccessful, collection action may rest assured that doing so is not tantamount to an FDCPA violation.